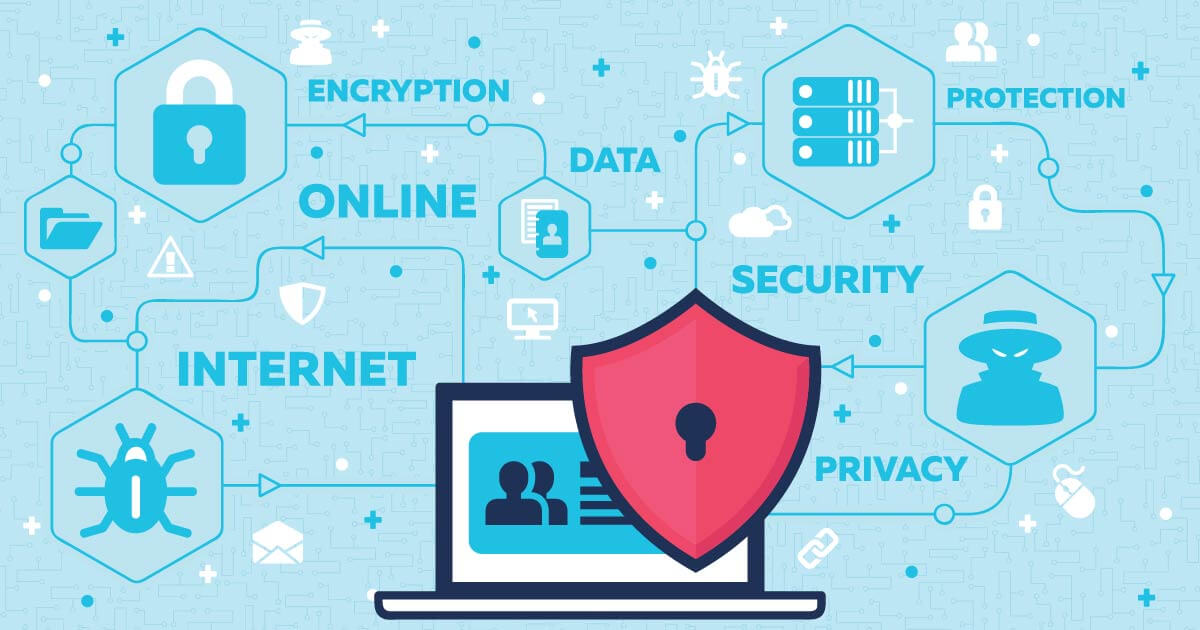 My research interests fall into the category of /system/security. Most of my research works are to enhance security and privacy in network systems.

What distinguishes our work is that we are trying to bring the control of smart home from the cloud to home to empower end users. With current practice, the device authentication and access control by default go through the cloud (for example, you need Internet connection to add a new home device). In our work, Sovereign, we are building home control that is independent of the external cloud servers and all the security checking/verification is automatically enforced by our system framework locally. We build our framework over Named Data Networking (NDN) to utilize the wireless broadcast network (instead of building one-to-one IP connection over broadcast) and boost the security policymaking with names.

Data sharing among multiple parties becomes increasingly common today, so is the potential for data leakage. As required by new data protection regulations and laws, when data leakage occurs, one must be able to reliably identify the leaking party. Existing solutions utilize watermark technology or data object allocation strategy to differentiate the data shared with different parties to identify potential leakers. However the differentiation loses its effectiveness under several attacks, including a data sender who leaks the data, or a leaker who denies the reception of certain shared data. Worse yet, multiple parties might collude and apply a set of operations such as intersection, complement, and union to the shared dataset before leaking it, making leaker identification more difficult.

In this work, we propose AuditShare, a sharing system of Personally Identifiable Information dataset with reliable leaking source identification. First, AuditShare takes advantage of the intrinsic properties of identifiable data and allocates data objects to individual sharing parties by personally identifiable attribute. Second, AuditShare uses oblivious data transfer between the sender and receivers, and employs dataset merkle tree as an immutable record of the sharing. Third, a knowledge-based identification algorithm is proposed in AuditShare to identify both non-collusive and collusive leakers. Our evaluation shows that, the sharing is practical and with a modest amount of leaked data, AuditShare can accurately (with accuracy>99%) and undeniably identify the guilty party(s) in cases of noncollusive leakage, or collusive leakage by any number of data receivers, or even leakage by the data sender.

With the ever growing Internet of Things (IoT) market, ledger systems are facing new challenges to efficiently store and secure enormous customer records collected by the IoT devices. The authenticity, availability, and integrity of these records are critically important for both business providers and customers. In this work, we propse DLedger, a lightweight and resilient distributed ledger system. Instead of a single chain of blocks, DLedger builds the ledger over a directed acyclic graph (DAG), so that its operations can tolerate network partition and intermittent connectivity. Instead of compute-intensive Proof-of-Work (PoW), DLedger utilizes Proof-of-Authentication (PoA), whose light-weight operations are IoT-friendly, to achieve consensus. 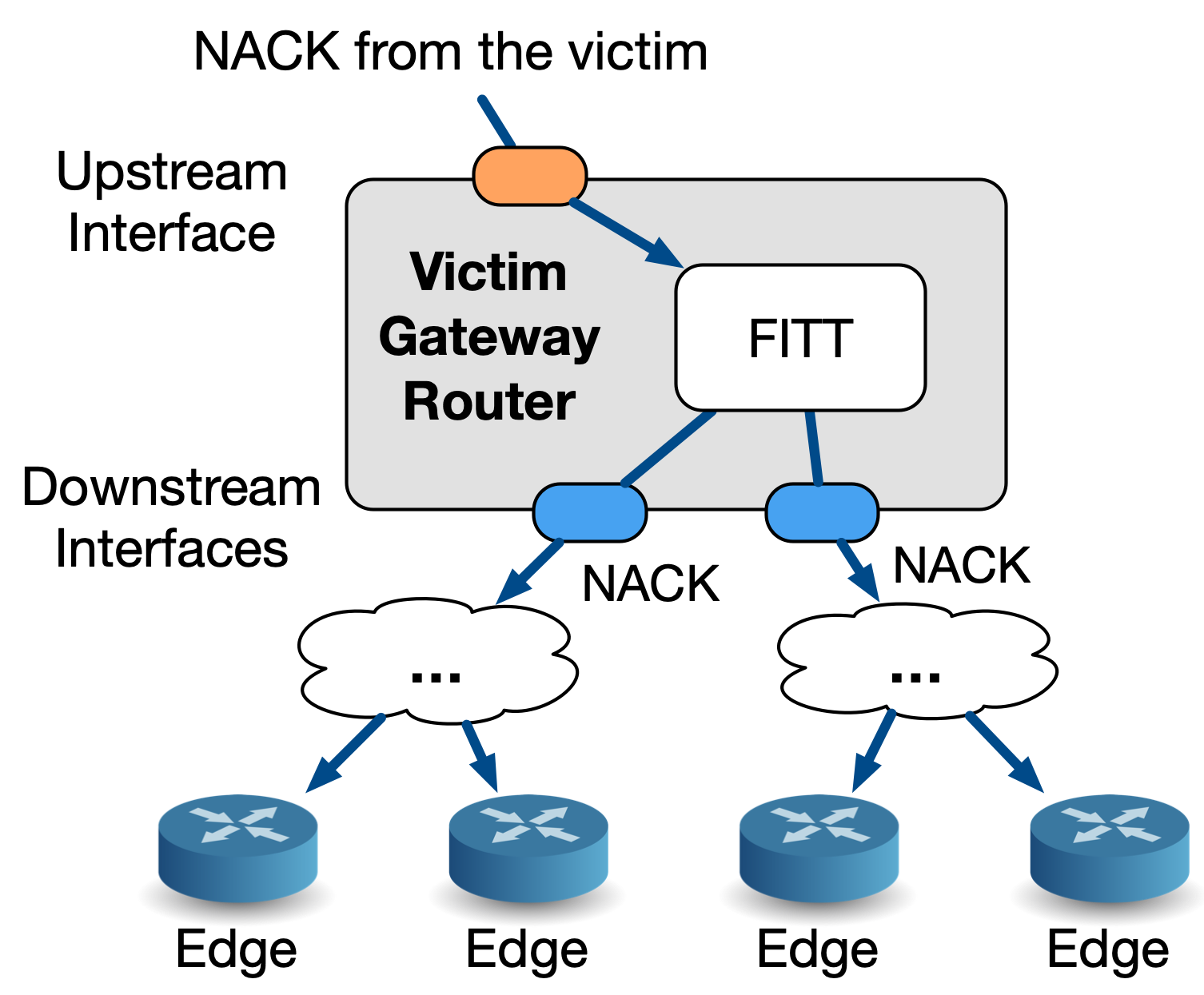 Distributed Denial of Service (DDoS) attacks have plagued the Internet for decades, but defenses have not fundamentally outpaced attackers. Instead, the size and rate of growth in attacks have actually outpaced carriers' and DDoS mitigation services' growth. In this work, we comprehensively examine ways in which Named Data Networking (NDN), a proposed data-centric Internet architecture, fundamentally addresses some of the principle weaknesses in today's DDoS defenses in IP networking. We argue that NDN's architectural changes (even when incrementally deployed) can make DDoS attacks fundamentally more difficult to launch and less effective. We present a new DDoS mitigation solution -- Fine-grained Interest Traffic Throttling FITT, to leverage NDN's features to combat DDoS in the Internet of Things (IoT) age. FITT enables the network to detect DDoS directly from feedback from victims, throttle DDoS traffic along its exact path in the network, and perform reinforcement control over the misbehaving entities at their sources. In cases like the Mirai attacks, where smart IoT devices (smart cameras, refrigerators, etc.) were able to cripple high-capacity service providers using diverse DDoS Tactics Techniques and Procedures (TTPs), FITT would be able to precisely squelch the attack traffic at its distributed sources, without disrupting other legitimate application traffic running on the same devices. FITT offers an incrementally deployable solution for service providers to effectuate the application-level remediation at the sources, which remains unattainable in today's DDoS market. Our extensive simulations results show that FITT can effectively throttle attack traffic in a short time and achieve over 99% legitimate traffic.

Confidentiality of data in Named Data Networking (NDN) architecture can be directly ensured through encryption by protecting the data packets rather than relying on a secured host or channel as any traditional perimeter-based access control models do. However, the use of encryption requires efficient and easy-to-use mechanisms for access management and key distribution. We presents a Name-Based Access Control (NAC) scheme that leverages specially crafted NDN naming conventions (NAC naming conventions) to define and realize access control policies and automate the distribution of encryption and decryption keys. Moreover, the structured NDN naming allows NAC to support fine-grained control policies in a simple yet powerful way.

Named Data Networking (NDN) secures communication at the network layer by requiring all data packets to be signed when produced, ensuring data authentication and integrity. As obtaining certicates is essential to signature signing and verication, to widely apply digital signature at the network layer, NDN requires usable mechanisms to handle certicate issuance, renewal, and revocation. We presents NDNCERT, a distributed certicate management system. NDNCERT leverages the notion of named data in NDN and provides an automated mechanism for network nodes, users, applications, and application instances to obtain certicates. NDNCERT also enables namespace owners to easily delegate subnamespaces to legitimate parties either within the same network node or across dierent nodes.